This browser is not supported, please use a modern browser!

Information about genes, genetic disorders and how it all works

Is it right for me?

WHAT IS GENETIC TESTING?

Genetic testing provides information about your genes and chromosomes. It is a type of medical test that can identify alternations in chromosomes, genes and proteins. It can be diagnostic by identifying the genetic abnormalities causing the observed symptoms, thereby diagnosing a medical condition, or it can be predictive by identifying genetic variants associated with disorders that may appear later in life, thereby assessing a person’s chances of developing a medical condition or passing it on to their children. Genetic testing can provide answers to present or future concerns making it important that it is considered at the forefront of health and well-being. 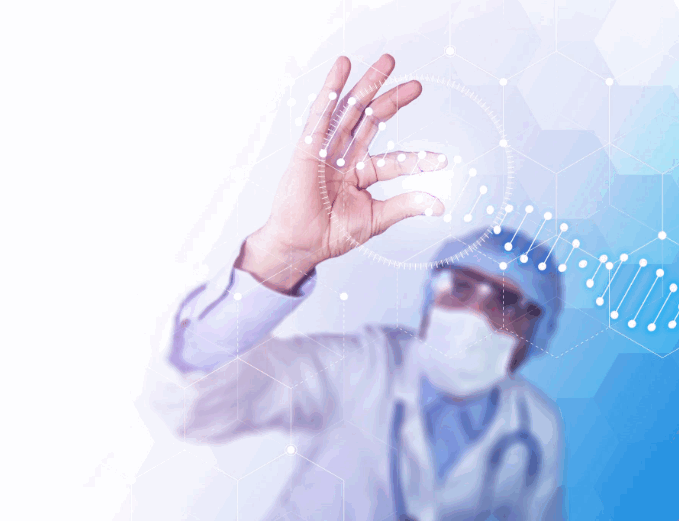 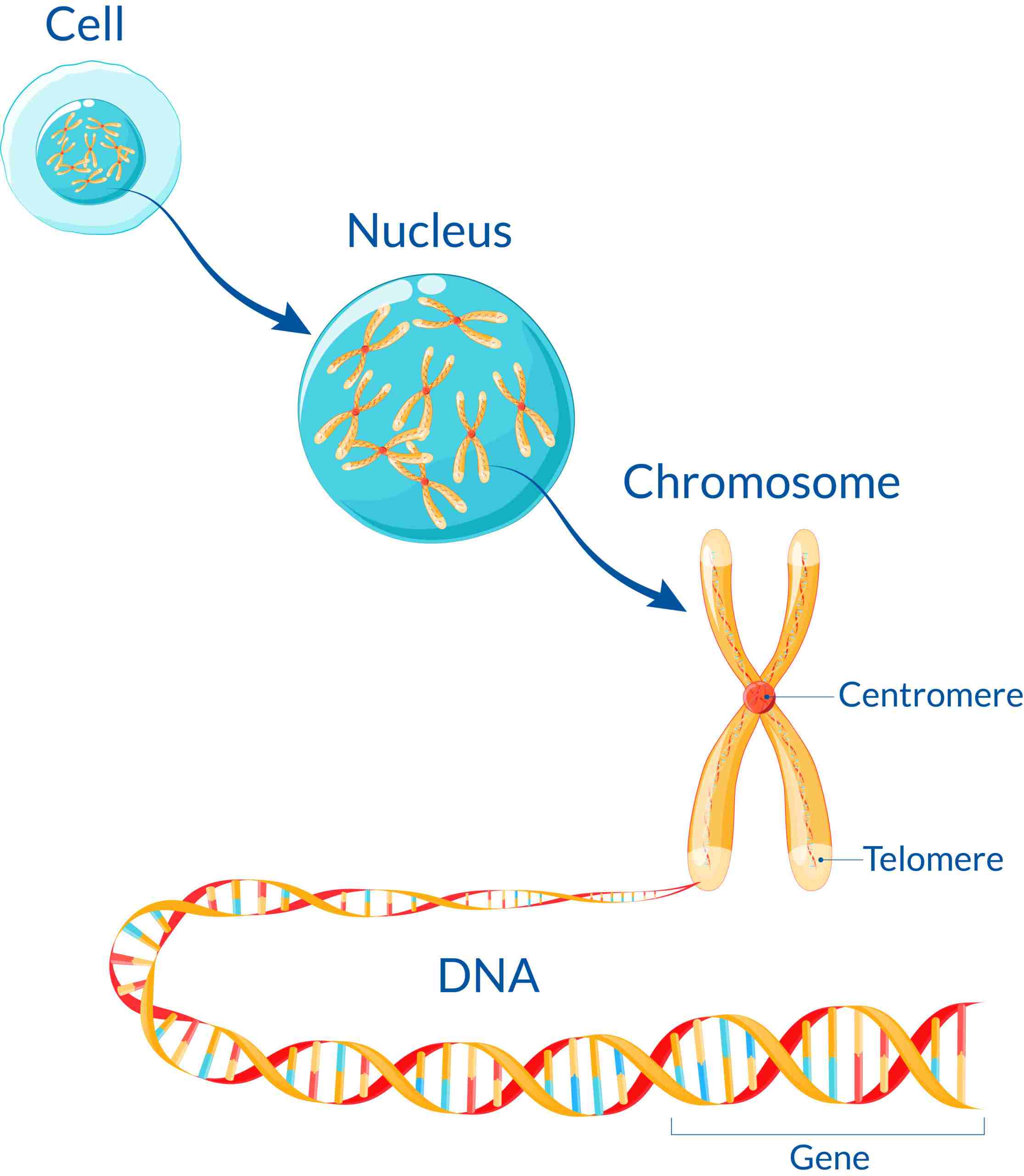 Our DNA (deoxyribonucleic acid) carries the information and instructions for making the human body. Sequences of DNA called „genes“ have a unique code and contain the instructions to produce a specific molecule (protein) in our bodies. Each encoded protein carries out a specific function inside the cell. All genetic material within our cells make up the human genome. The genetic material is passed down from parent to child and make up the basis of hereditary. To store this important material, DNA is packaged inside the nucleus of our cells into larger units called chromosomes.

Human cells contain 46 chromosomes consisting of two sets of 23 chromosomes, each set is inherited by one parent. There are 22 autosomes and one pair of sex chromosomes: XX in females or XY in males. Egg and sperm contain only 23 chromosomes, so that when fertilization occurs, the correct total of 46 chromosomes are reproduced in the fertilized egg. Each chromosome contains many genes and the human genome is estimated to contain 20,000 to 25,000 genes. Genes on autosomes have two copies in each cell. Female sex chromosomes „XX“, also have two copies of each gene, while male sex chromosomes „XY“ have only one copy of each gene. This becomes important with regards to genetic disorders caused by changes in DNA sequences in X-linked genes (see below). Although each cell contains the same DNA sequence, only those genes that are required in a cell, are selectively expressed in each cell. For instance, the genes expressed (active) in the heart are different from those in the pancreas.

GENETIC VARIANTS AND THEIR AFFECT ON GENE FUNCTION

Alterations in the DNA sequence of genes (variants) can often lead to drastic changes in the activity driven by the gene. Those changes in DNA sequence can happen in several ways, resulting in an altered protein product that cannot function normally. The variants or mutations range in size. They can affect a single DNA base or even a larger DNA sequence, including loss (deletions) or gain of a sequence (duplications or insertions). For instance, a deletion in the gene that encodes insulin, can result in the inability of the body to control sugar levels and therefore cause a person to be diabetic.

However, some variants do not have a negative impact on gene function, such as single nucleotide polymorphisms (SNPs). SNPs are natural variations in DNA sequence that are different amongst individuals. 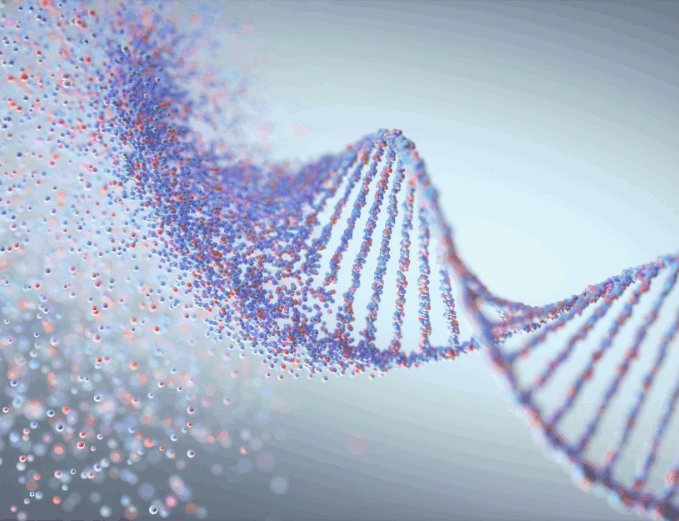 HOW DISEASES ARE CAUSED BY CHANGES IN GENE FUNCTION

A genetic disease can be caused by a change in the DNA sequence which can lead to harmful consequences on the protein function. Those changes can arise by a mutation in one gene (monogenic disorder), by mutations in multiple genes (polygenic disorder) or by damage to chromosomes (changes in the number or structure of entire chromosomes).
Some of those mutations causing genetic disorders can be inherited from one or both parents and are therefore present in the child at birth. Others are acquired „de novo“, meaning the change was not inherited but appears for the first time in one family member as a result of a variant in the egg or sperm, or in the fertilized egg. Those can occur either randomly or due to environmental exposure.

One example of a monogenic disorder is Duchenne Muscular Dystrophy (DMD). DMD is caused by mutation in the dystrophin (or DMD) gene which is located on the X chromosome. Loss of dystrophin causes muscle damage and progressive weakness, starting in early childhood. DMD children often have difficult using their legs for every day activities such as walking and jumping and may eventually need assistance using a wheelchair. Average lifespan (20-30 years) is shortened due to eventual muscle loss of the heart and lungs.

An example of a polygenic disorder is Brugada syndrome (BrS). It is caused by mutations in one of several genes, but most commonly in the SCN5A gene. This gene provides instructions for making a sodium channel which plays a critical role in maintaining the heart’s normal rhythm. Additional genes involved in Brugada syndrome ensure the correct location or function of sodium channels in heart muscle cells or help regulate other ion channels. Disruptions of those ion channels lead to abnormal heart rhythm. If untreated, these irregular heartbeats can cause fainting (syncope), seizures, difficulty breathing, or sudden death.

There are two copies of each gene (alleles), one inherited from each parent and genetic variations are inherited in several ways, depending on two main factors:
1. The location of the gene: is it on an autosome (chromosomes 1-22) or is it on one of the sex chromosomes (X or Y).
2. The number of copies required for protein function: is one copy sufficient for normal function (recessive inheritance pattern) or
are both copies required for normal function (dominant inheritance pattern).
Based on these factors, several modes of inheritance exist. 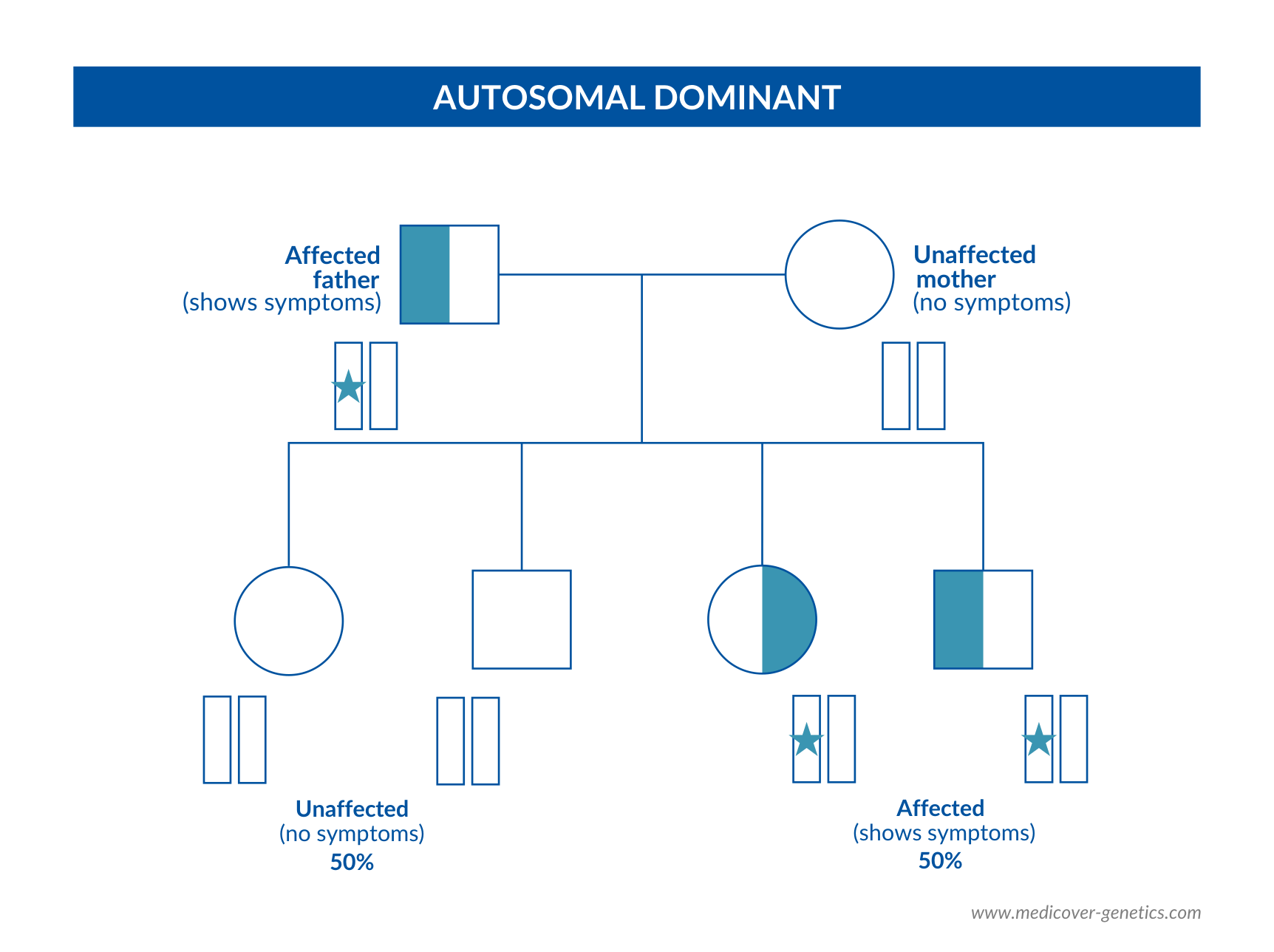 When a pathogenic variant in one allele, on an autosome, is sufficient to cause a disease. Therefore only one parent needs to be a carrier of the variant, or the variant appears italicize “de novo”, a variant that appears for the first time in the fertilized egg. Following the laws of Mendelian genetics, there is a 50% chance for a child to inherit the allele from the affected parent. 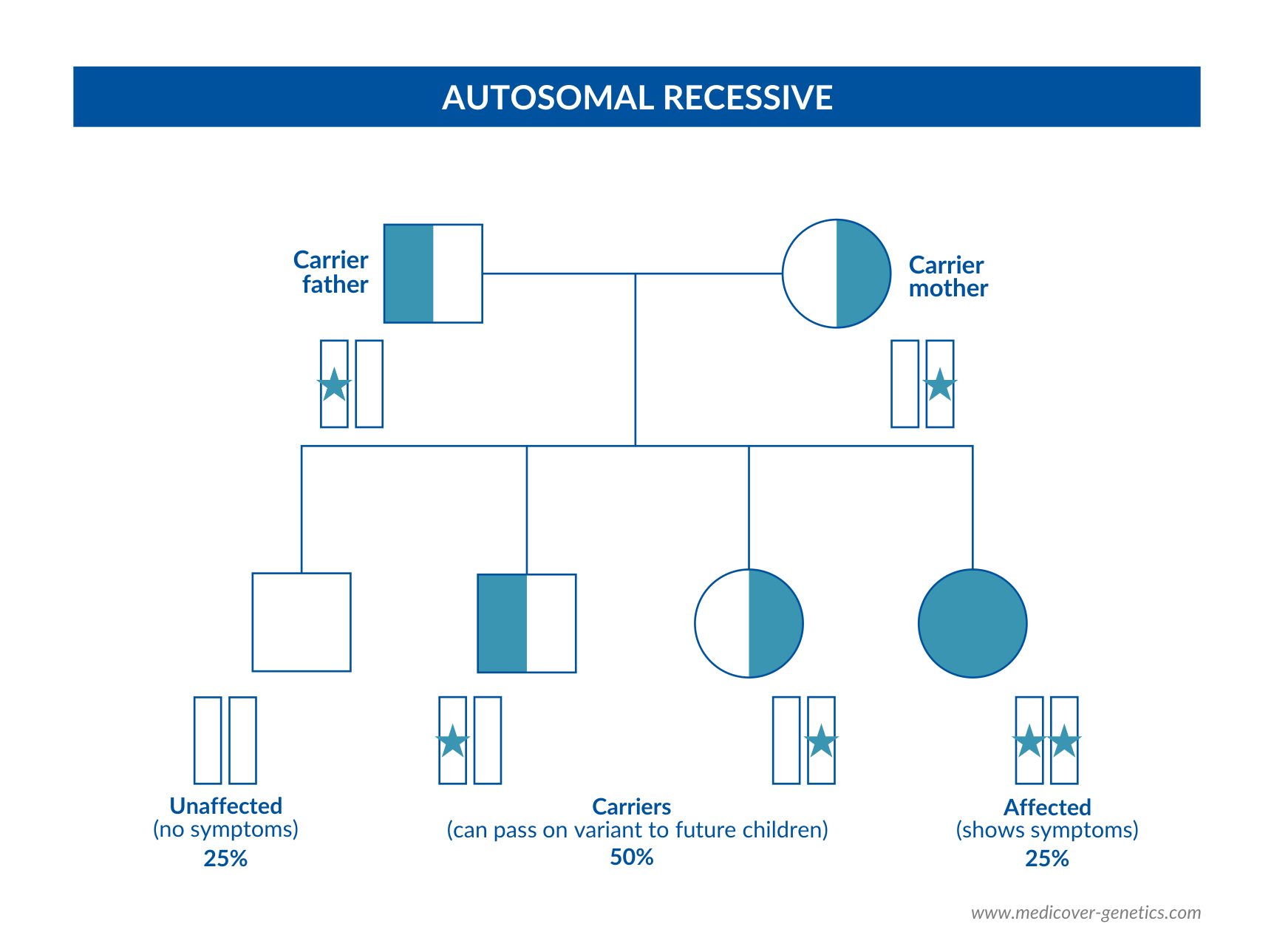 When a pathogenic variant in both alleles of the same gene, on an autosome, are required to cause a disease. Therefore both parents need to be a carriers of the variant for it to appear in the next generation. Following the laws of Mendelian genetics, there is a 50% chance for a child to be a carrier. When a variant is in a gene that is on the X-chromosome. If the variant is recessive, and the mother is a carrier, the disease will appear in 50% of the sons, and the daughters will have a 50% change of being carriers. X-linked dominant variants will affect boys and girls alike.

HOW DOES GENETIC TESTING WORK?

Genetic testing starts with the collection of a sample from a patient, extracting DNA and running it through a machine that detects changes in the DNA sequence compared to a reference sequence. The sample can be a simple blood draw or a buccal swab, depending on the required methodology.

Changes in the human genome can be examined in several ways. There are tests that detect changes in chromosome number and structure and tests that detect single nucleotide changes in the DNA sequence. These changes are interpreted by a scientist within the context of the clinical picture provided by the patient and physician. The interpretation of the results rely on an accurate clinical picture, which includes the patient’s gender, age, family history and age of onset of symptoms (if any). 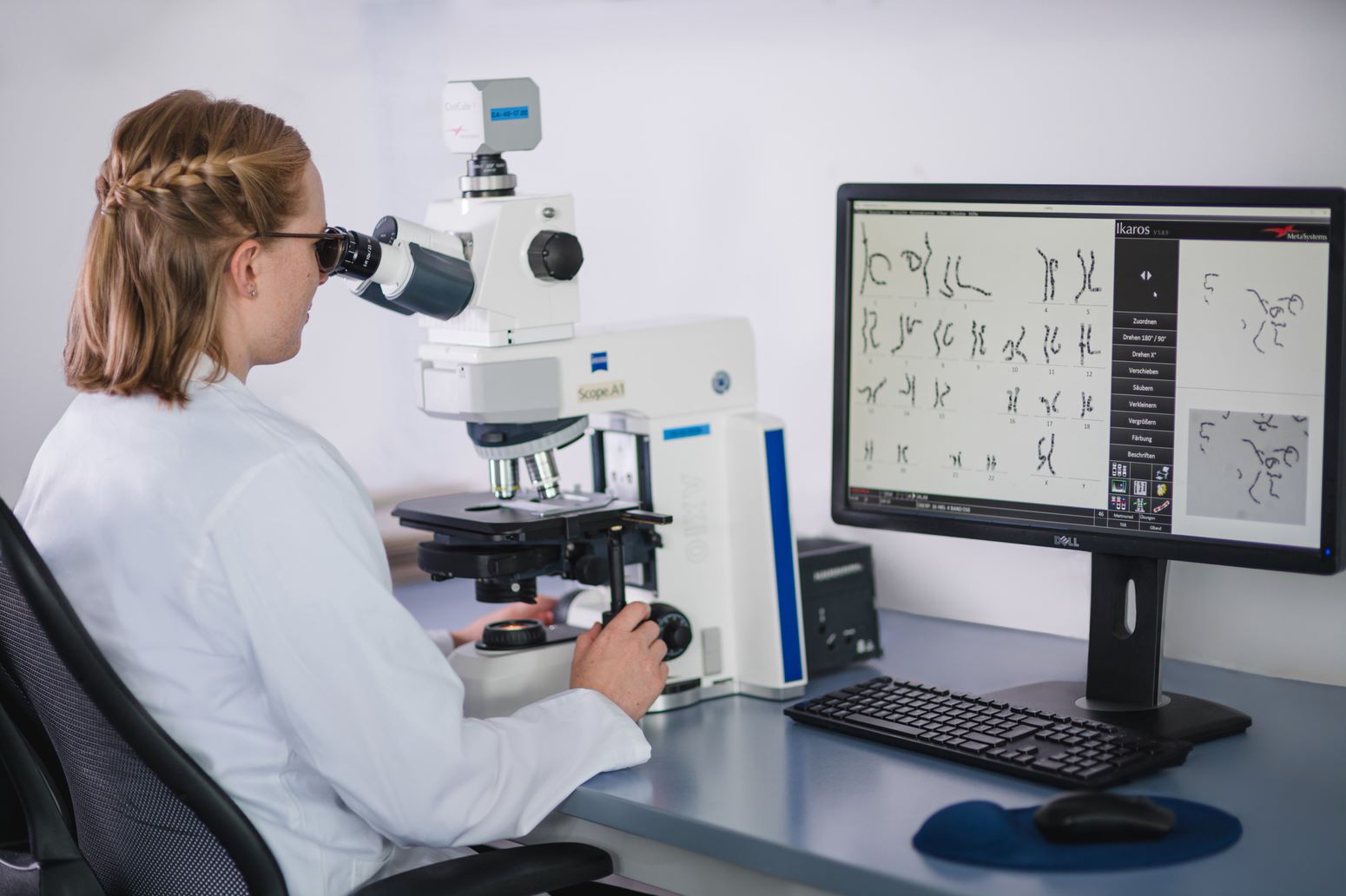 IS GENETIC TESTING RIGHT FOR YOU?

Genetic testing can provide answers to a health problem or symptoms of unknown origin experienced by a person.
Genetic testing can also provide information on genetic predisposition (the likelihood of a person developing a specific disease), especially for those with a family history of a certain disease, such as cancer.
Therefore, genetic testing could be right for you if: 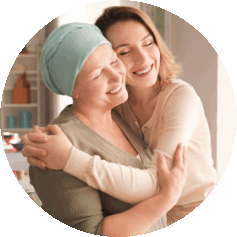 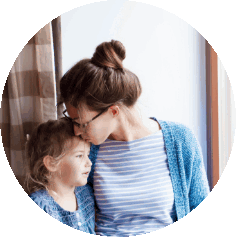 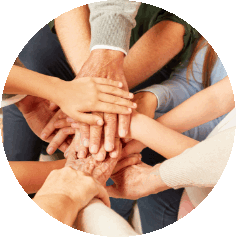 You have a family history of a genetic disorder 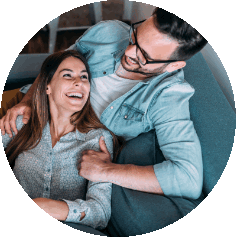 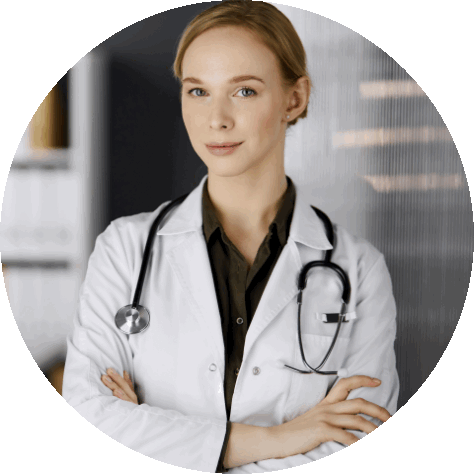 HOW CAN YOU GET TESTED? 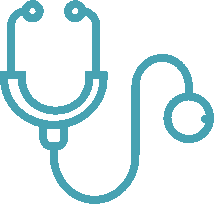 Step 1: Visit a physician specialist or one of our medical geneticists to prescribe the test 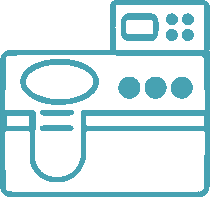 Step 3: Sequencing is performed in our accredited laboratory in Germany

Step 4: A medical report is delivered

Step 5: Genetic counselling by our local Medical Counsellors is available upon request